On 24 May 2018 Maths Awards Day took place in Petwood Hotel in Woodhall Spa. On arrival staff and students had tea and coffee, took a tour of the magnificent park premises, and enjoyed the lunch with sparkling wine. The ceremonies began with the students Maths and Physics Society awards, followed by thanks and flowers to admin staff. Prizes and commendations to Y1 and Y2 students for best academic achievements were supplemented with Amazon vouchers. (Prizes for Y3 students are postponed until the graduation in September.) Awards for the best maths lecturers in each year, as voted by the students, were presented by the School student reps.

Commendations for outstanding results in pure maths were awarded to Mateusz Baran and Angelo Iuliano in Year 1, and to Fred Hine and Edward Mason in Year 2.

Commendations for outstanding results in applied maths were awarded to Daniel Hubbel and Benjamin McCarter in Year 1, and to Benjamin Kendrick and Sophie Marshall-Unitt in Year 2.

Commendation for outstanding results in maths and computer sciencewas  awarded to Julius Schaebitz in Year 1.

The Awards for Best Maths Lecturers, as voted by the students, were awarded to Dr Martin Greenall in Y1, Dr Anitha Thillaisundaram in Y2, and to Dr Simon Smith in Y3.

The celebration continued with the group photo, walks, socializing and relaxation in the park. The place is of great historic interest, served as home of the famous 617 “Dambusters” Squadron during WWII. (As one of the lecturer’s noted, the motion of the bouncing bomb could be a topic for a nice mathematics or physics projects.) 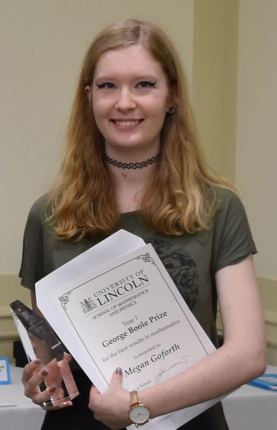 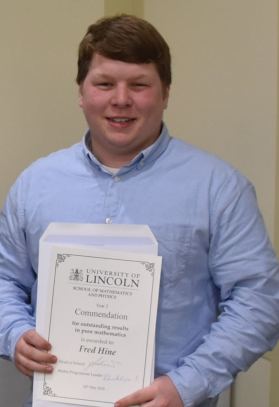 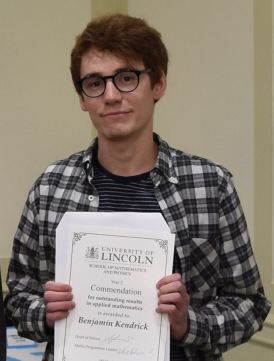 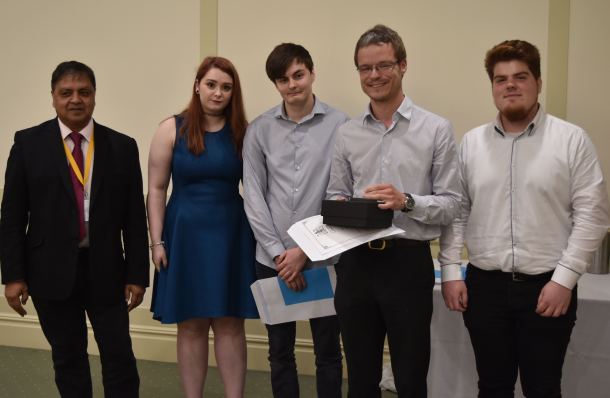 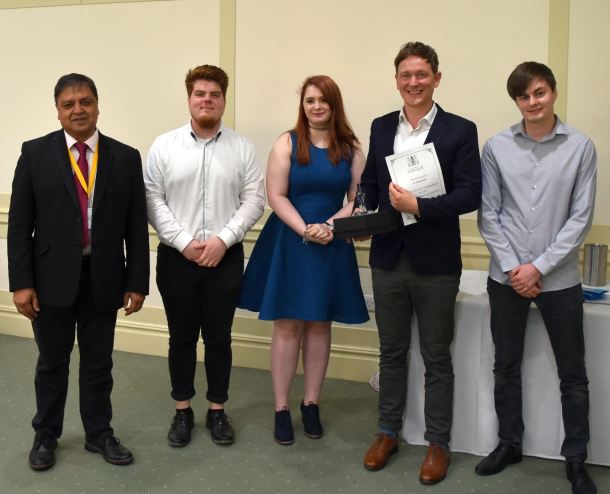 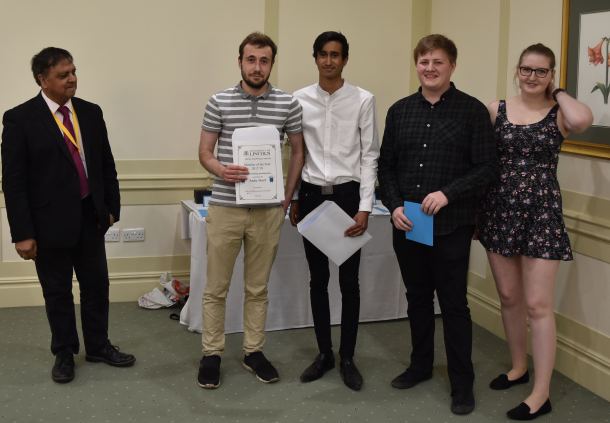 Andy Short, Maths and Physics Society member of the year 2017/18